After merging the two programs, the United Racing Series/OSCAAR is excited to announce the 2023 race schedules for the Modified and Hot Rod Series. Although many locations are the same as in previous years, there is one new venue that will add something different for our teams which will be held at Full Throttle Motor Speedway. The season will kick off at Flamboro Speedway on May 27th with a return date to Flamboro on September 30th as part of their huge Frostoberfest weekend. Event number two will be at Sauble Speedway on June 17th with a second event back to the Beach on August 19th while race numbers three and four will return to Delaware Speedway for a double header on Canada Day weekend with a return date at the Great Canadian Weekend on September 23rd. As mentioned, round five will be at Full Throttle on July 15th before heading to Peterborough Speedway for the first of two on August 5th and then returning for The Autumn Colors Classic October 6th – 8th. The Hot Rod Series will run a solo event once again on the dirt at Brighton Speedway August 12th.

Dave Gainforth, the OSCAAR Series Director mentioned, “The merge with the United Racing Series has been great and we feel that things will continue to evolve moving forward. We are thankful to have our track partners continue to bring these Modifieds and Hot Rods to their speedways and as always, we plan on putting on a great show for the fans”. 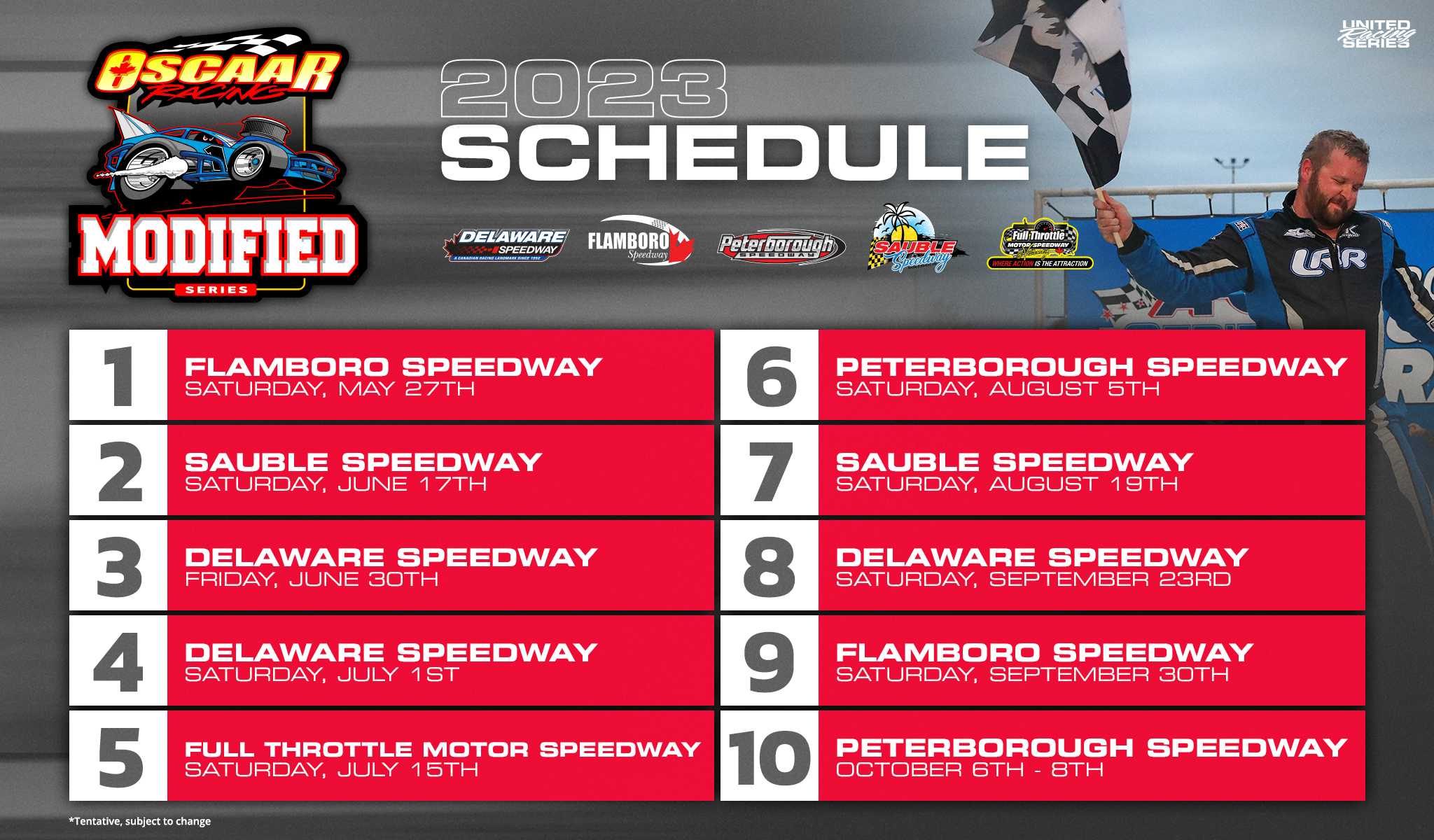 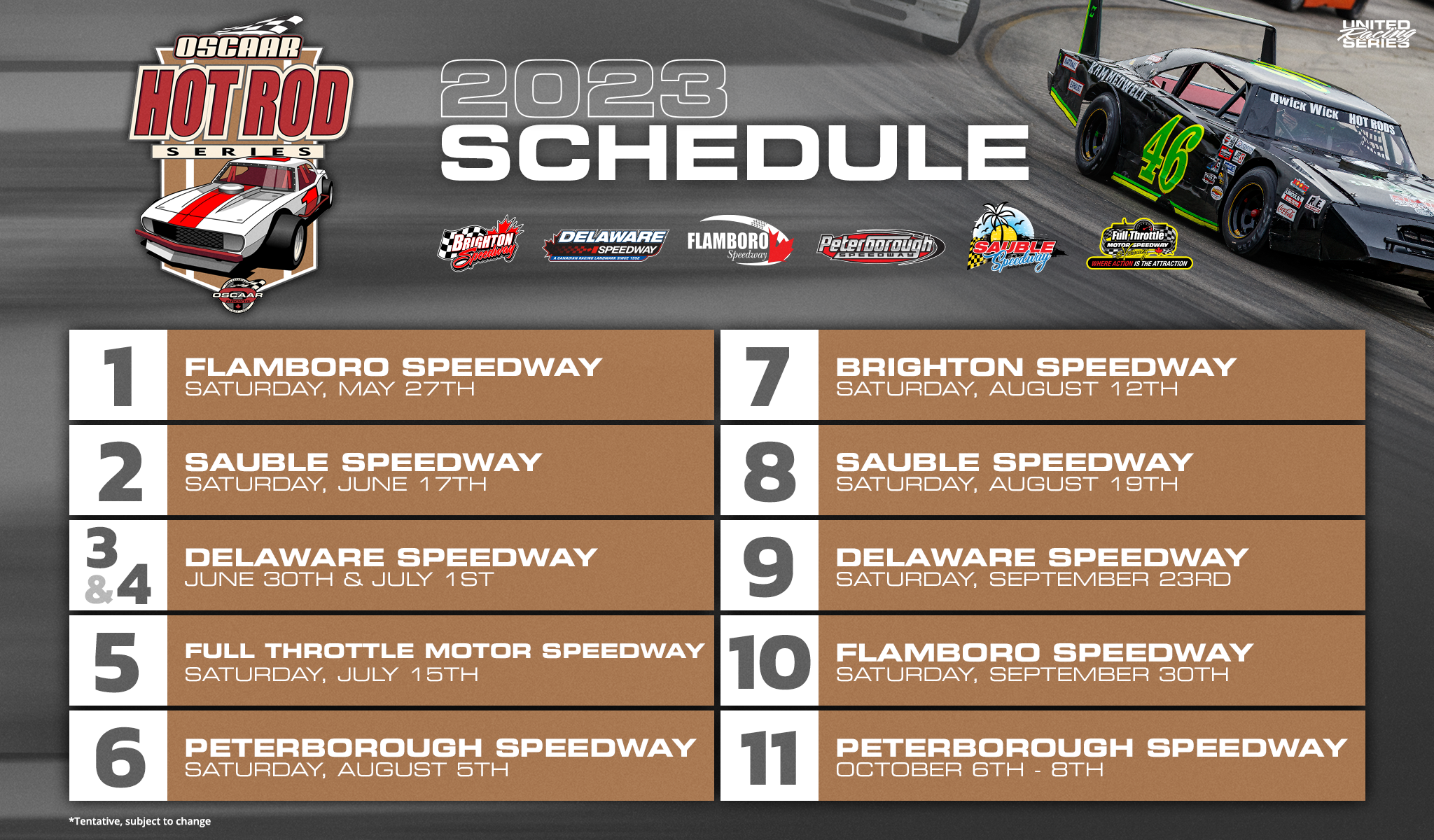 ABOUT UNITED RACING SERIES: The United Racing Series debuted in 2015, and immediately drew attention from around the province with the formation of the APC United Late Model Series. Fans, drivers, and sponsors alike were left wanting more after a wildly successful inaugural season that saw the championship battle come down to the final laps. The series that took Ontario by storm has continued to grow for years and has brought Late Model racing in Ontario to what it truly should be. The United Racing Series is also the home of the Qwick Wick Super Stock Series and the OSCAAR Modified and Hot Rod Series. The goal of the United Racing Series continues to bring out top talent and create a racing atmosphere that is one of a kind. www.apcracingseries.com .

ABOUT OSCAAR: OSCAAR has been bringing excitement to race fans across Ontario since 1990 currently featuring the open wheel ground pounding OSCAAR Modifieds and one of the Provinces fastest growing series, the OSCAAR Hot Rods which is a throwback series featuring full steel bodied cars from 1952 – 1975. In November 2022 OSCAAR has merged with the United Racing Series.