The time has arrived to crown the 2022 United Racing Series champions!

Friday - The Qwick Wick Fire Starter Super Stock Series will crown its 2022 champion with the 50 lap Qwick Wick Championship Race. Just 12 points separate the top 7 in points entering the event with Gerrit Tiemersma leading the way after a major points shakeup last event at Sunset Speedway. Nine drivers enter the event with a mathematical chance at the title.

Saturday - JR Fitzpatrick leads the way for the APC United Late Model Series with three cars entering the event with a mathematical shot at the title (Fitzpatrick, Steckly, Spencer-Walt). The tour has been across the province in 2022, and eight previous races of work will come down to the final showdown, the Castrol Great Canadian Race. 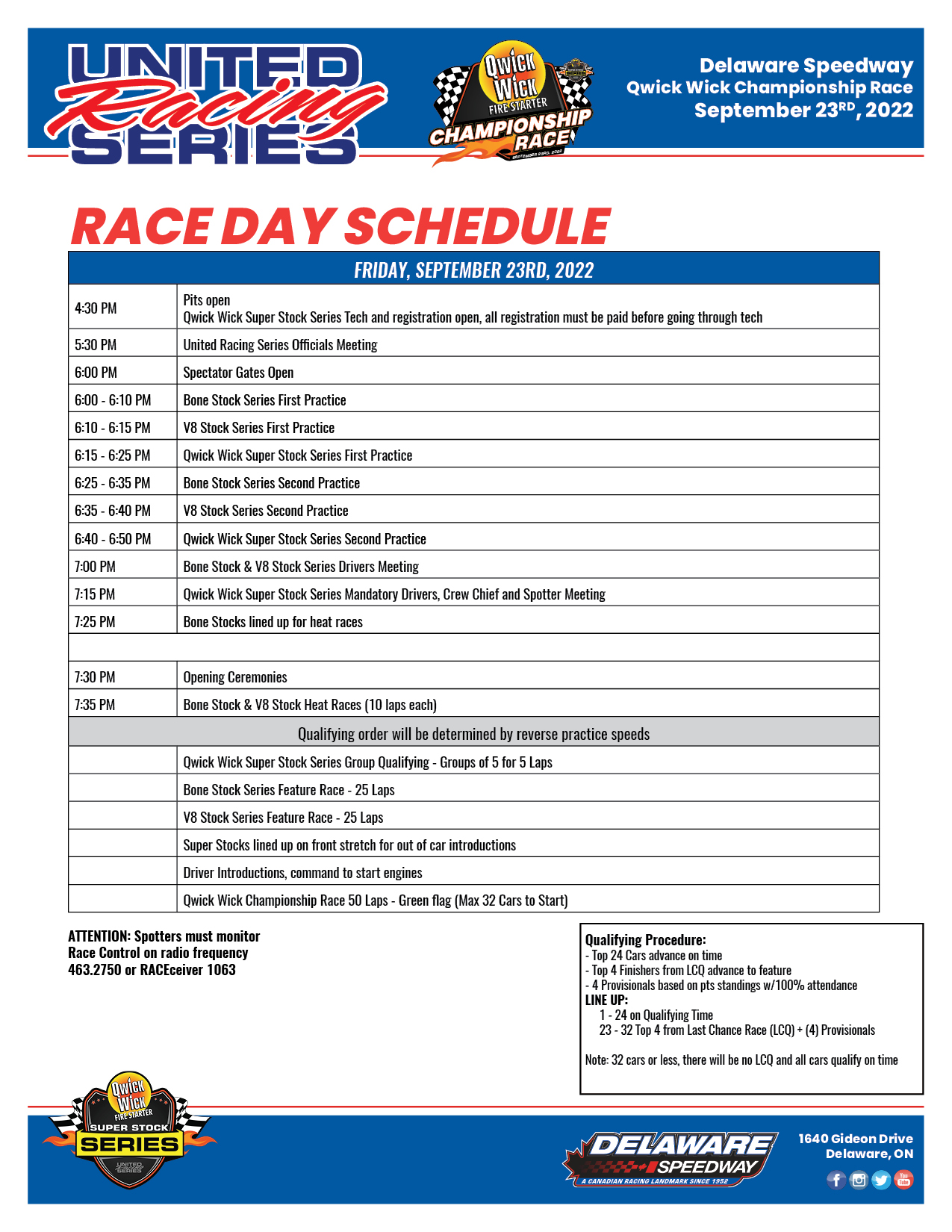 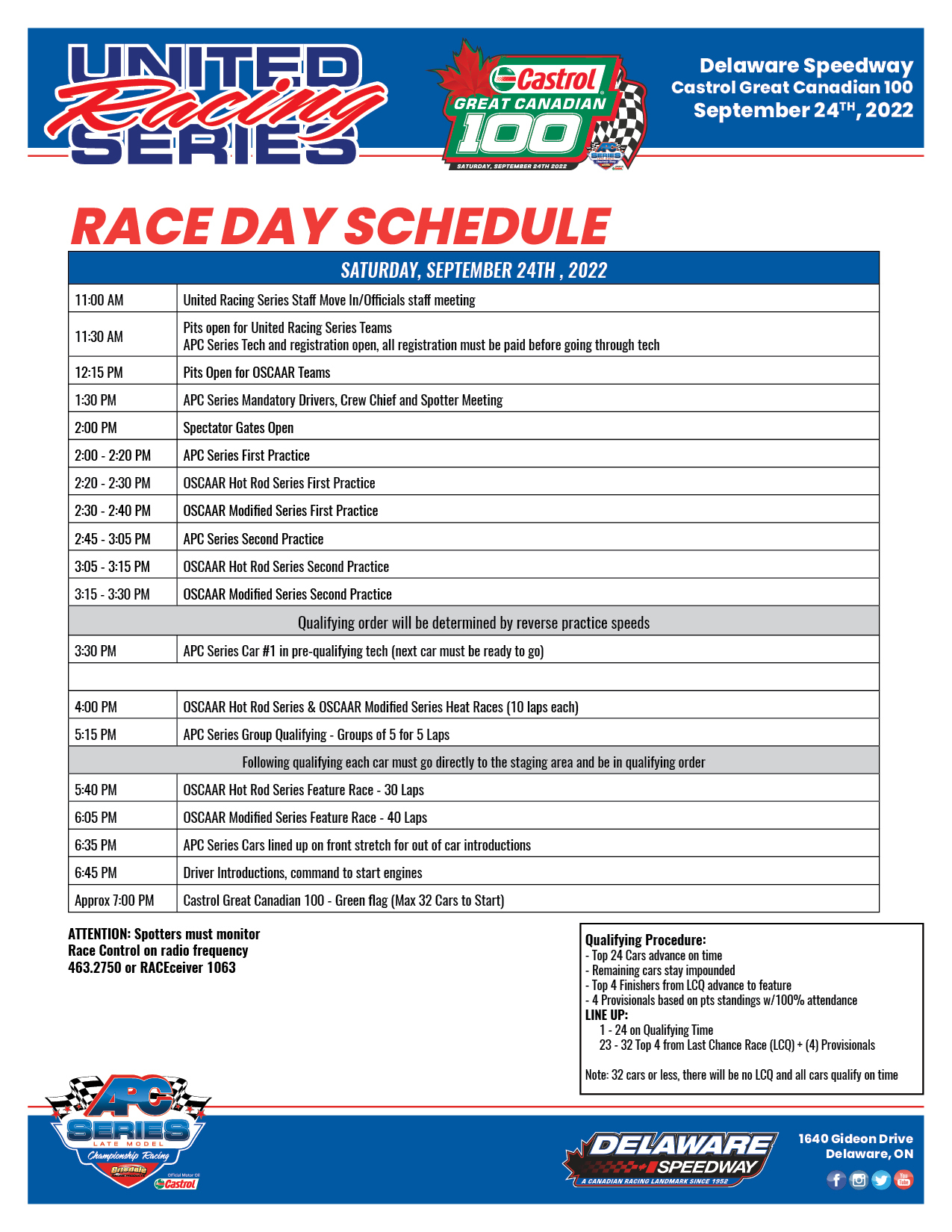