The event is the third last event of the season for the APC United Late Model Series and the second last event for the Qwick Wick Super Stock Series. The points battle is very tight in both touring series as drivers are running out of time to make a final push towards the championship in September at Delaware Speedway. 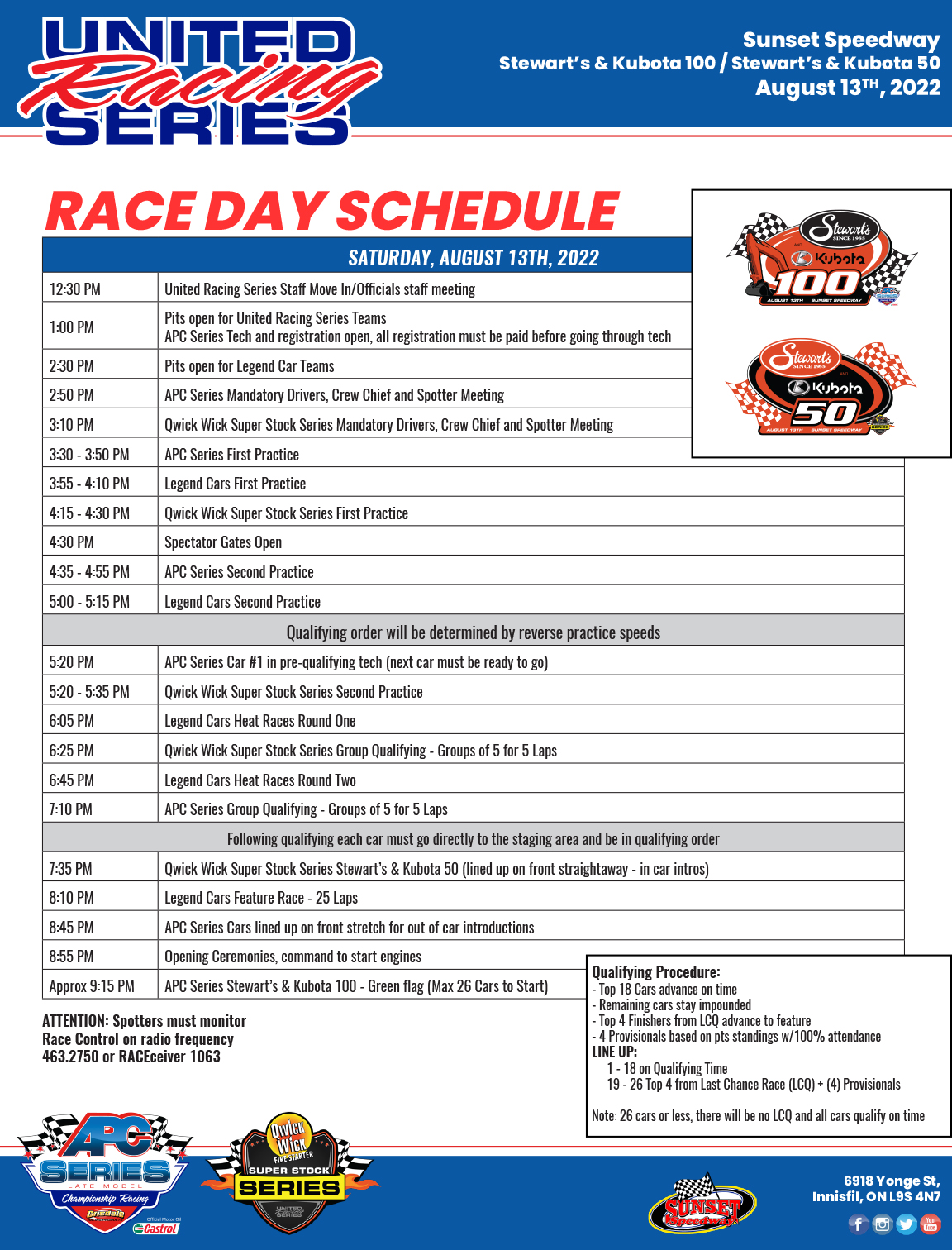