LONDON, ON – For the sixth consecutive season, London Recreational Racing has partnered with the United Racing Series to be the title sponsor of one of Flamboro Speedway’s two APC United Late Model Series events. The sixth race of the Late Model season is scheduled to take place on Labour Day weekend at Millgrove Ontario’s Flamboro Speedway and will be titled the LRR 100.

The tight confines of Flamboro Speedway have played host to some of the APC United Late Model Series top moments since 2015. The track’s shift away from its typical mid-summer dates that are within a few races on the calendar from each other could provide a new dynamic for the championship battle. For the first time since 2016 the tour will visit Flamboro within the last three events of the season, and a new Labour Day Weekend special will highlight a full season of racing at the tight bullring.

Flamboro speedway has proven to be a critical track for the season long point standings of the APC United Late Model Series. Since its inception in 2015, the eventual series champion each season has won an event at Flamboro speedway. 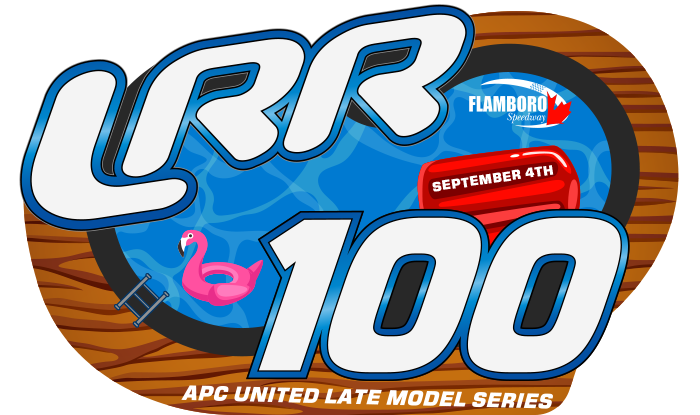 London Recreational Racing has been a staple in the United Racing Series since its inception and continues to field cars and partner with the series through advertising and sponsorship. London Recreational Contracting has gained a remarkable reputation as an industry leader in concrete pool and spa construction by focusing on three key factors: quality, creativity and outstanding customer service. London Recreational Racing has a rich history in various forms of motorsports, including snowmobile racing and short track stock car racing. With passion and dedication, they have become a top name and always field competitive drivers and equipment.

The United Racing Series has new levels of hype surrounding its 2021 schedule which consists of eight APC United Late Model Series events and five Qwick Wick Fire Starter Super Stock Series events. For the complete schedule and more information about the sanctioning body and its two series visit www.UnitedRacingSeries.com and follow along on social media.