LONDON, ON – Details for the APC Series 2020 season opening event at Jukasa Motor Speedway on August 8th have now been released. The event was previously announced as twin 75s to open the season, however due to shortages in tires due to the American Racer factory fire, the Twin 75s will be moved to the final event of the season on September 26th. The August 8th event will remain a 4 tire race to keep it in alignment with traditional APC Series events.

In addition to this announcement, an event itinerary has also been released for the opening round of the 2020 season. The complete itinerary can be found attached to this press release.

PURSE: The race purses for the 2020 APC Series season will be 50% of the 2019 individual race payouts. While series officials had hoped to see an increase in the purse for the 2020 season, the current situation requires compromises across the board. The 2020 season will not offer a points fund, however points will still be collected and a 2020 series champion will be crowned as well as additional major awards. Major season end prizes and additional event prizes will be announced in the coming days as well. 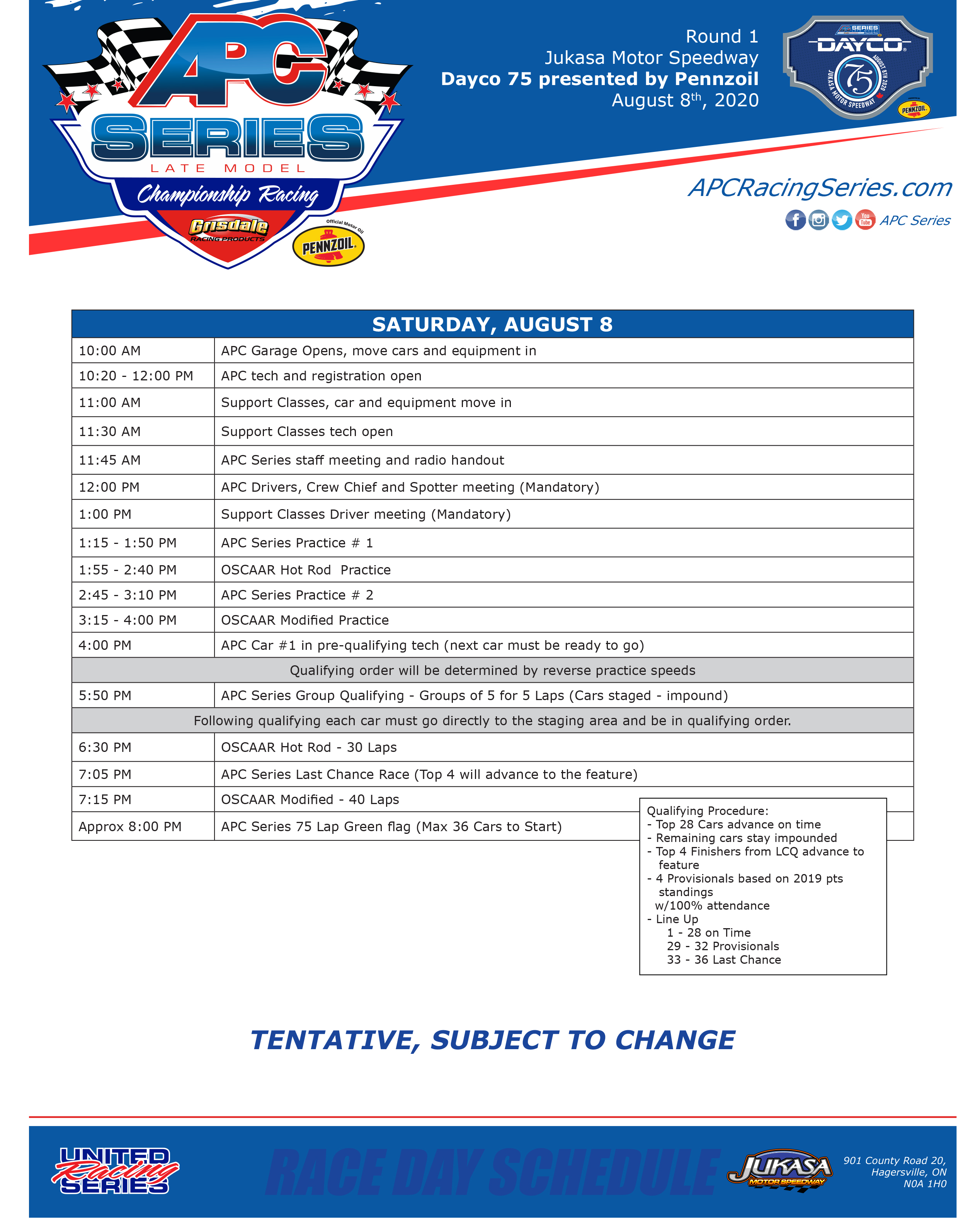